GlenArbor Golf Club, Bedford Hills, New York
​Ruggiero has a family background rich in food, highlighted by growing up in his Father’s Italian Deli and spending Sunday’s at his Grandmother Josephine’s house in the East Village of Manhattan helping her make Italian favorites from fresh pasta to Sunday “Gravy”.

Ruggiero has spent his career in the restaurant and hospitality industry with his early years as a Sous Chef under Master Chef Edward Leonard in which he had the privilege of working under for a decade Cantare Restaurant in Chicago, and then Westchester Country Club. During this time he also assisted Leonard in creating food pictures for two culinary cookbooks, and was greatly influenced by the U.S.A Olympic team practices at the club. During Ruggiero's years at Westchester Country Club he was influential in leading the culinary team in all areas of the club. After a long tenure as Executive Chef at Orienta Beach Club and The Tuxedo Club, Michael joined the GlenArbor kitchen in 2017.
​
​Ruggiero has had a lifelong passion in the Culinary Arts that has spanned over two decades.  His list of accomplishments began with a degree from the  in Hyde Park, NY. Ruggiero then began working with a Master Chef and earned a Certified Executive Chef designation from the American Culinary Federation, two gold medals in a hot food competition and positions as the Executive Chef in multiple Private Country Clubs. Ruggiero is a recipient of The Golf Kitchen Participating Chef Award, 2018 and the club and his culinary team are the first recipients of the Golf Kitchen Certification of Culinary Excellence. ​ The Club at Carlton Woods, The Woodlands, Texas
Coming from a farming family, Chef Wes has used his childhood roots to bring a colorful taste to the culinary world.  With backgrounds in many cuisines, he composes a unique composition and pushes the boundaries of modern culinary arts as we know today. Innovative and dedicated, Chef Wes is determined to provide outstanding food and atmosphere at The Clubs at Carlton Woods.

Originating out of the Bluegrass State of Kentucky where he graduated from Sullivan University’s Culinary Arts Program. His culinary journey brought him to Texas where he has landed in efforts to provide great food and good times for all. He has background experience in a vast array of world cuisines including French, Asian, Cajun/Creole, Southern, Italian, and Spanish. Using all of his experiences from different styles and cultures, he has molded himself and created an impressive fusion style based on everything he has learned over the course of his career.

At The Clubs at Carlton Woods, Chef Wes continues to push the culinary precincts and provide customers with a true epicurean experience. With over 15 years in the industry, it is not only an opportunity, but a pleasure to join and indulge with him on his culinary journey. 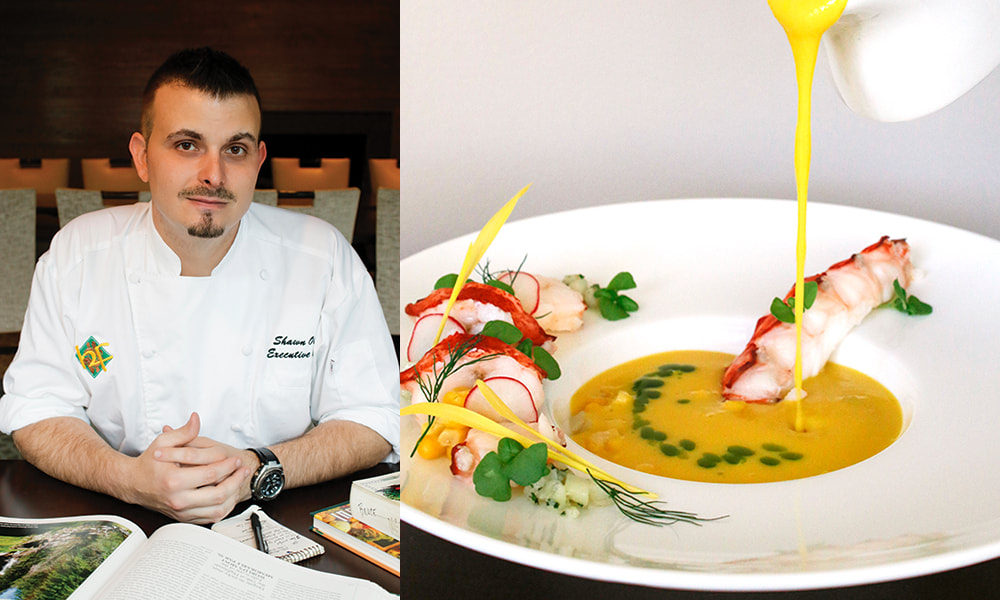 Highlands Falls Country Club, Highlands, North Carolina
Shawn Olah grew up in Virginia and South West Florida and began his first golf club role at Royal Poinciana Golf Club, Naples, FL as a busboy/food runner. He befriended Executive Chef John Giebels and later Executive Chef Manfred Brauer from the Bellagio, Las Vagas, who took the role at RP after Chef Geibels retired. Olah stayed at RP for almost five years in the capacity of banquet chef, and at the recommendation of Brauer, assumed the role at The Ritz-Carlton, Naples, FL, where he worked under Executive Chef Derin Moore CMC. Olah would later work at The Club Pelican Bay as sous chef and he attained his first executive chef role at 27 at The Town Club in Milwaukee, Wisconsin.

In 2021, Olah took the Executive Chef role at Highlands Falls Country Club, Highlands, North Carolina, which was completely remodeled in 2020.

​He enjoys a membership that gives him the freedom to build his team and further their culinary careers, including educational opportunities and excursions. Olah recently became a Fellow of the Culinary Institute of America in 2022 and is a Golf Kitchen Top Ten Chefs Under 40 recipient. Reynolds Lake Oconee, Greensboro, Georgia
As a boy growing up in Morocco, Zouhair loved to cook. He followed his passion to culinary school at the lnstitut de Technologie Hotleire et Touristique where he earned a degree in culinary arts. After working in multiple five-star properties in Morocco, Zouhair moved to the United States and held multiple positions within WDW, The Ritz-Carlton and LOWES Hotels. He worked for The Ritz-Carlton in Sarasota, Florida as the Banquet Chef and then moved to become Executive Sous Chef at Keswick Hall and Golf Club.  In  2013 he was honored with an invitation to cook at James Beard House in New York City.

​In January 2016, Zouhair arrived at Reynolds Lake Oconee, first as Banquet Chef de Cuisine, then  Chef de Cuisine at Creek Club (one of Reynolds private clubs) , then advancing to Executive Sous Chef of Platinum Dining, overseeing the culinary operations for Reynolds Lake Oconee’s Platinum members, including Richland Pointe and the Creek Club.  There, he enjoyed the creative freedom of designing boutique menus, food and wine pairings, and seasonal offerings, often incorporating his own international flair. He was proudly promoted to Executive Chef in October 2021, where he now leads all culinary operations for this affluent community’s seven restaurants, catering activities for members and their families, multiple annual events, and be integral in the strategic planning of the Club’s future food and beverage goals. Addison Reserve Country Club, Delray Beach, Florida
Hannah Flora-Mihajlovic is not only a Chef, but an artist. She began cooking professionally at the age of 15 in a small local restaurant outside Chicago. Always eager to learn more and beat the stigma of a female in the industry, she continues to push the envelope with new and exciting flavor profiles.  Early on in her career, she gained recognition with winning multiple awards and medals in various competitions.  Hannah was taken under the wing of Master Chef Peter Timmins at the Everglades Country Club in Palm Beach Florida. From there, she ventured to Martha's Vineyard Massachusetts. For 4 years, Hannah assisted in building new restaurants/ kitchens on the Island and networking with local farms. From harvesting oysters from Vineyard Sound, to learning how the Martha's Vineyard Mushroom farm grows their shiitakes in Chilmark, Hannah has a keen eye for quality and freshness.

She most recently was awarded the Golf Kitchen Rising Star award in 2021 and has begun to re-shape the culinary world focusing on young and creative talent coming forward to take on the industry. Through her career, she climbed up the ranks and was the first Executive Chef at the age of 28 locally in Florida at Mizner Country Club. Changing paces and on to new adventures, she currently is the Chef De Cuisine at Addison Reserve Country Club in Delray Beach Florida.
​
The palate is a very unique sense to excite, and with that, she is eager to take food to the next level. Focusing on local product and creativity, Hannah’s mission is to always strive to be different, yet familiar. GlenArbor Golf Club, Bedford Hills, New York
Marisa Hernandez began her culinary journey at 16 years of age when she finished school in Germany. After a three year internship at two restaurants she moved to Munich to work at the Munich Holiday Inn. This is where Hernandez developed her passion for making sweets. The Chef offered Hernandez an opportunity to travel to Florida to work at Frenchman’s Creek Club, and with limited English she accepted the internship and worked the season in their pastry department.

After completing a season at Frenchman's Creek, Hernandez accepted an internship at GlenArbor Golf Club and is now the Executive Pastry Chef.

The club has become an extended family for Hernandez and she is very fond of the membership, and knowledgeable of their preferences. She enjoys having close relationships with the customer base. GlenArbor Golf Club, Bedford Hills, New York
Silva has been a sommelier and educator since 2014 and was responsible for creating and launching the prestigious wine program for GlenArbor Golf Club. ​His primary function is to engage the Club Members directly and introduce different wines and spirits and cocktail trends, maintaining excellent relationships with top decision-makers in the wine industry.

​At GlenArbor club, Silva directs and runs a successful wine club and regularly organizes educational trips for the members to different world wine regions. ​
Silva is responsible for planning, executing, and customizing medium to large wine events, private tastings, and food pairings at the club. He is responsible for formulating and implementing event marketing campaigns to achieve maximum sales volume in wines and the assessment of club Members’ private cellars, high-end wine tasting events, and educational tastings. He is an expert in wine service training and food pairing, including the kitchen staff, creating and organizing GlenArbor’s wine list, which currently includes more than 365 offerings worldwide.

​We have a limited amount of seating available.

The Club at Carlton Woods, The Woodlands, Texas

*Culinary Excellence Award for an Outstanding Golf Resort or Community 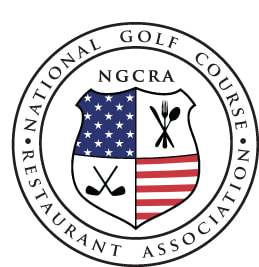 Food and Beverage professionals within the Golf and Country Club industry are presented with a unique set of challenges that only their peers can fully understand. The National Golf Course Restaurant Association (NGCRA) was developed to be a support system for these professionals, with a focus on helping food and beverage departments network and reduce spending without sacrificing creativity. As the first and only association dedicated to providing these services and support, they have become a valuable resource for clubs throughout the United States.
​
This very special organization is operated by the motto “Created For Our Members By Our Members”, which is, perhaps, why being a part of the NGCRA becomes such a wonderful experience. The group of professionals which operate the NGCRA believe in fostering close relationships with all members, providing an intimate level of service you can’t get anywhere else.  Over the past ten years, we have helped hundreds of clubs maximize food sales while cutting food costs through relationships with the nation’s top manufacturers and distribution partners.
​
True creativity is fostered through exposure to continued education and inspiration from other clubs. Members of the NGCRA are given opportunities to participate in Networking Forums, where they can meet with their fellow chefs and industry peers to compare experiences and notes.
There are a number of benefits to becoming an NGCRA member. We have valuable relationships with food and product providers, directly related to our Cost Savings program. The NGCRA also works hard to keep members abreast of the newest trends and success strategies. Running a successful Food and Beverage department is easier when management has access to operational tools and industry statistics. Additional information can be accessed through our newsletters.